SARAH LOTUS
Mermaids and Mermen have a rich history and have appeared in folklore around the world since the 25th century BC. They have been called Sirens, Water Spirits, and Sea Girls. Until recently they have largely eluded human interactions because of their fear of humans.  Since popular systems of thought have been shifting in the human race towards increased compassion and knowledge, there has been an increased number of mermaid incumbents coming to the surface and sharing their rich culture with the human race.
Mermaids, like people have both benevolent and malevolent histories. They have been associated with disasters such as drowning, floods, storms, and ship wrecks. Most mermaids however, especially the social ones, are sentient and care about doing good.  Each mermaid comes from a distinct family called a pod.  Their cultures include rich and diverse histories, traditions, and lifestyles.  There are mermaids in both freshwater and saltwater systems.  Some mermaids hold their breath like dolphins, and others have gills like fish. Mermaids that hold their breath usually have a special talent called "land legging" this is the ability to turn fins in for feet.  This is a temporary but useful state to for a mermaid to be in.

Generally, breath holding mermaids make contact with humans because of their ability to breath air, speak, land legging,and singing.  These mermaids are our closest evolutionary relatives, and the aquatic counterpart to humans. With a body that consists of half human and half fish, they remind us of the interdependence between land and water eco-systems.

Some creation stories indicate that humans actually came from lakes and oceans, then moved onto land to create a new kind of humanoid.  Land humans have retained some of their aquatic genetic features.  They have less hair than most land mammals, have the diving reflex, see underwater, and maneuver through water with adept grace.  Human and Mer blood even contains a similar salinity as the ocean does!

Regardless of the stories and fables, our fate here on land is not separate from the fate of the oceans, lakes, and seas. Mermaids are symbolic of the connection we have to the sea. Increased temperatures and Co2 in the atmosphere has lead to rapid ocean acidification, wasting freshwater, and over fishing are all serious threats to life as we know it.  We are now experiencing the beginning of a mass extinction as a result of our behavior to the environment.  According to the Center for Biological Diversity this is a crisis:

"It’s frightening but true: Our planet is now in the midst of its sixth mass extinction of plants and animals — the sixth wave of extinctions in the past half-billion years. We’re currently experiencing the worst spate of species die-offs since the loss of the dinosaurs 65 million years ago. Although extinction is a natural phenomenon, it occurs at a natural “background” rate of about one to five species per year. Scientists estimate we’re now losing species at 1,000 to 10,000 times the background rate, with literally dozens going extinct every day [1]. It could be a scary future indeed, with as many as 30 to 50 percent of all species possibly heading toward extinction by mid-century    (http://www.biologicaldiversity.org/programs/biodiversity/elements_of_biodiversity/extinction_crisis/)


With the increased cooperation between landpeople and merpeople, we can become aware of our situation, and therefore make the choices that best benefit everybody and make our dreams come true. 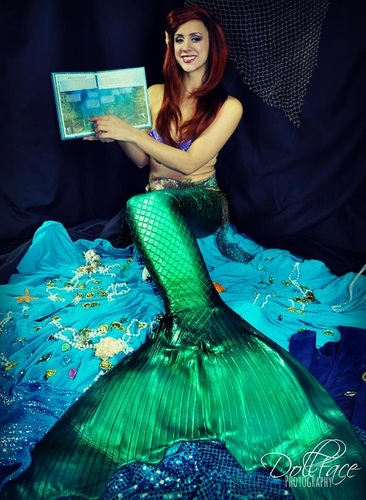